You are here: Home / Information & Support / Our Stories / Guardianship for Healthcare Decisions

The following reflection was shared with a mother whose daughter was left with additional complications following planned surgery. It incudes information about the legal position:

When our daughter was younger we had a difficult experience when we didn’t agree with a particular procedure that her doctors wanted to perform. This was because we didn’t think it would be in her best interests – they didn’t know her well and didn’t understand the impact that the treatment might have on her quality of life. We were told that we would be taken to court if we didn’t agree for the procedure to go ahead so we eventually agreed. Unfortunately the worst case scenario happened and our daughter has been left in exactly the situation that we wanted to avoid.

As a result of this, when she became an adult, we decided to apply for deputyship for health and welfare decisions, but the solicitors’ advice was that it would be costly, and courts only give deputyships for health and welfare in exceptional circumstances! We told that they do not like to give deputies power to make all decisions regarding medical treatment, and it was more favourable to involve the court if a decision could not be agreed, as and when that situation arose.

The legal position is that the court is reluctant to appoint deputies for health and welfare issues, and in fact this situation is a good example of the reason why – the MCA does not permit a parent or deputy to make a decision to refuse life sustaining treatment (MCA s20(5)) if others felt it to be in the best interests of the individual. Even if the parent/s were a deputy, in the event of a dispute over such a serious medical treatment decision the expectation would be that the Court would make the decision. 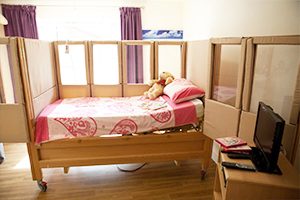