You are here: Home / Information & Support / Our Stories / End of life planning 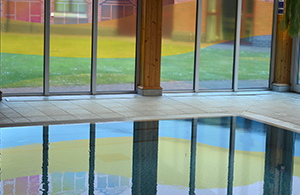 My daughter has a severe physical disability, she is not able to communicate verbally. She is however able to make her own decisions as long as people take the time and make the effort to learn her method of communication.  It was really important for her to be involved in making decisions about her future.  She has a condition that will eventually deteriorate and may mean that in the future she is unable to make these decisions for herself.  She likes to be able to choose how she looks and what she wears and to make choices about what she wants to do.  The most important decision that she has made is around her end of life care.  She was involved in deciding what treatment she does and does not want and where she wants to be at this time, although she found this emotional it was very important for her. I think her situation illustrates the importance of the mental capacity act in recognising that people should be given every opportunity to make their own decisions and not just written off because they have a different method of communication.

My son has severe learning, (he does not have capacity to make his own decisions) and physical disabilities, he has a degenerative condition that means as time goes on he will become more and more poorly and will eventually die.  We were originally told that he would not live into adulthood but as medical advances and care for his type of condition has improved he has now reached 19.  As his parent we were involved in creating a Personal Resuscitation Plan when he was about 13 years of age.  He had had episodes when he became really ill and after treatment never really got back to being himself and enjoying life and activities as much as he had before.  We were involved in discussions about what treatment he should and shouldn’t receive if he reached a stage where it was felt he might not get better, and a plan was produced.  It took a lot of discussion and soul searching to reach some of the decisions.  It therefore came as a shock when we discovered that when our son became 18 this plan was no longer valid.  Because we no longer had parental responsibility (now he was an adult) the papers we had signed were not current.

The Personal Resuscitation Plan had to be re-done and had to be signed by a medical professional in order to make it valid.

This was really hard for us as we continued to be involved in my son’s life and care as we always have been.  For us nothing had changed and it was hard to accept that we were not in control.

One of the important things that was said to us was that we are still a big part of our son’s life and although we would not make the final decision we should be consulted and informed.

Although it was upsetting for us at the time, I think now it’s important to look on the positive side that the law does recognise that people with a disability have the same rights as someone without.